Slated for release in Spring 2021, Refactor is a physics-based puzzle platformer with Metroidvania elements that sets itself apart through its creative spin on the geometric concept of tetrominoes. Previously known as Tetropolis, the game had made its first appearances at GDC, PAX East, and PAX Prime back in 2014. Six years on, the latest Refactor demo featuring the first main area will be available to play during the week-long Steam Game Festival held this June.

Within a factory where perfection of its products is absolutely everything, you play as an imperfect tetromino (or technically speaking, tetracube viewed from a 2.5D perspective) who is trying to find its place after being discarded along with the other similarly imperfect tetrominoes. Tumbling around various rooms in the factory, you are to survive the treacherous environment that is always ready to mercilessly eliminate any imperfect tetromino in its path. 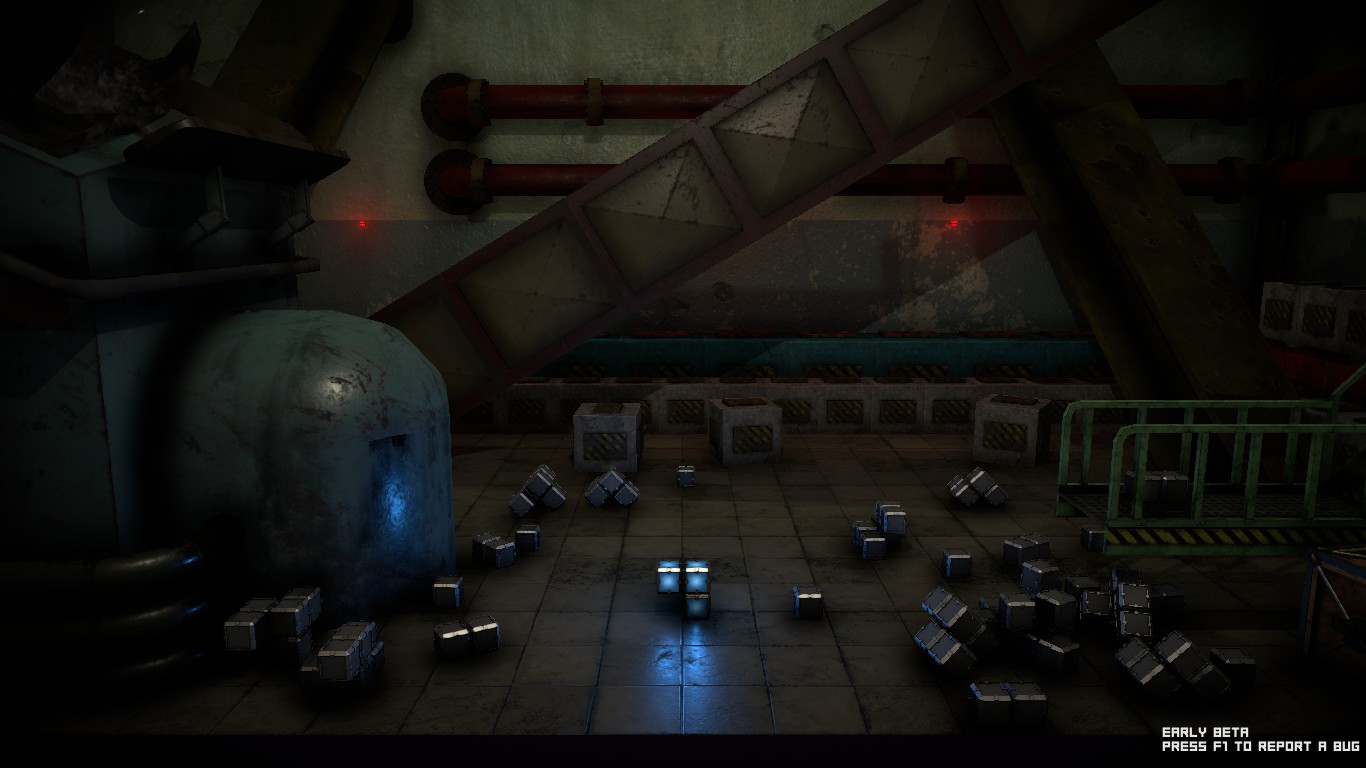 As with any 2.5D platformer, the playable character can roll horizontally and jump vertically. While the game can be played with either a controller or keyboard, there is no custom bind feature implemented for keyboard controls. Nevertheless, there are typically two keys assigned to each function. For instance, one can choose between A and D keys, or left and right arrow keys for rolling the tetromino left and right respectively. Albeit limited, this provides keyboard players with a choice between two widely used control schemes: one-handed WADQE with space, and two-handed ZXCV with arrow keys.

The introductory rooms in Refactor are set up to be simple and players can traverse them by purely rolling and jumping. Additional movements, such as double jump and crouch, are taught to players through the presentation of a well crafted roadblock that can only be bypassed with that specific action. I think the game does pretty well in reinforcing learnt concepts via the way it sets up similar obstacles in subsequent areas after a particular new movement was introduced. Not only does it help in remembering, the repeated opportunities to use the new movements also provide players with a means to practise the controls until they get a hang of it. This is especially helpful for people who do not play much platformers. 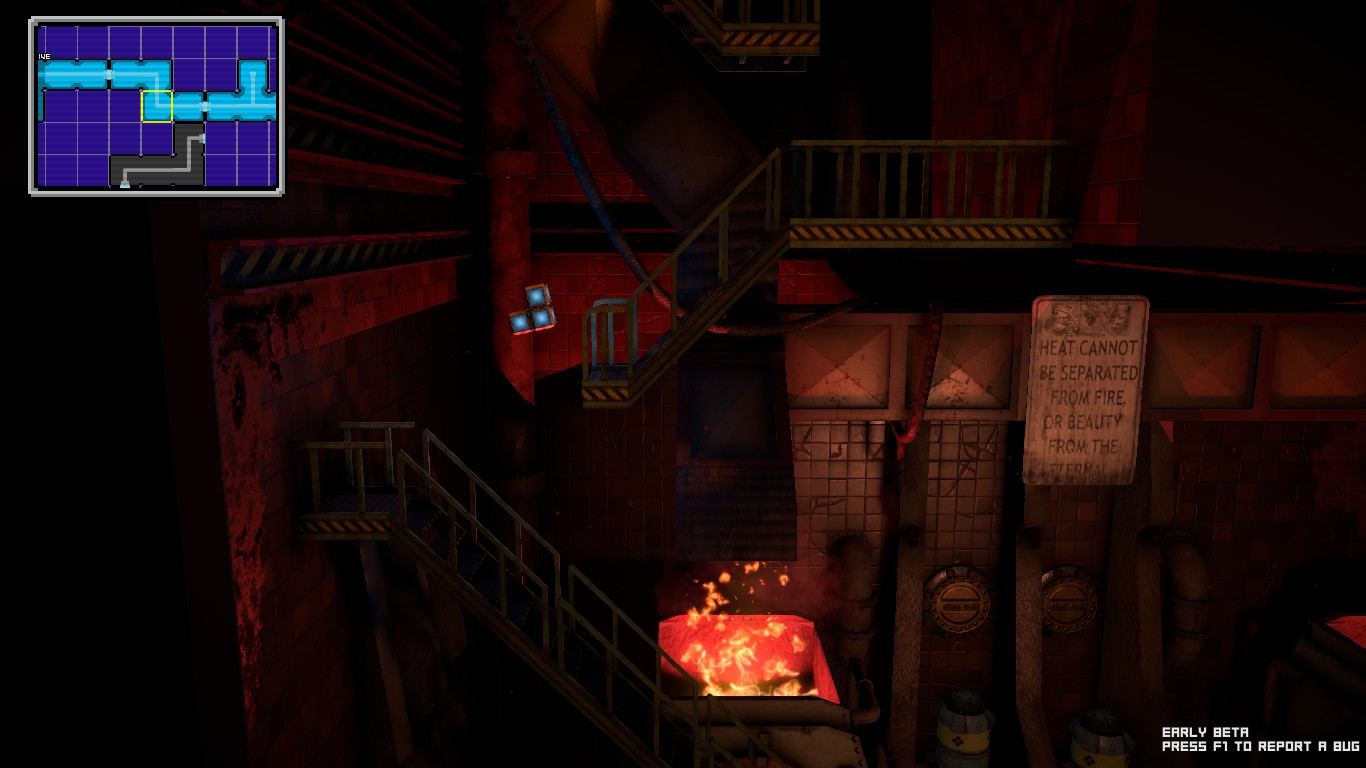 Despite being designed with considerations for new players in mind, the game is quite demanding of the platformer player’s skills. Corrective mechanisms are in place to aid those who cannot grasp a highly precise movement control and timing. But inexperienced players would still likely find themselves having to try an area several times (and suffer several deaths in the hazardous zones) before finally clearing it successfully. That said, Refactor is not an impossible game for unskilled players; like many platformer games, it relies heavily on “practice makes perfect”. As far as the demo goes, there is no timed mission objective. Therefore, one could keep trying an area at one’s leisure without the stress of needing to get out before some countdown expires.

The tetromino character has a maximum of four health points, with each remaining point clearly indicated by each lit square on its surface. Cleverly designed, this creative health indicator not only serves its purpose well, it adds a beautiful luminous glow to the overall visuals too. 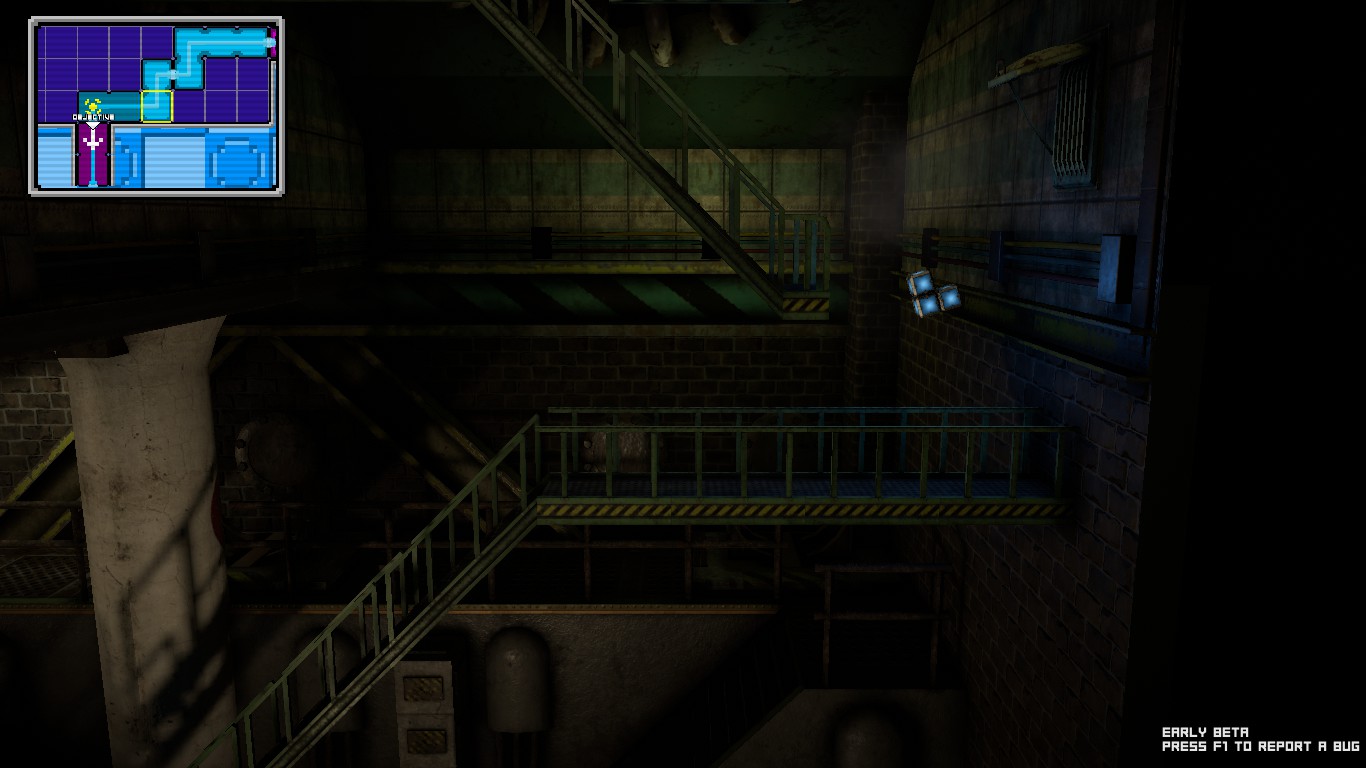 As players explore the facility in Refactor, they will come across many rooms that are packed with various static traps and mobile enemies that can easily snuff out the lights of the tetromino if they are not careful. Fortunately, there is always a mod station present at the start and end of a stretch of perilous path. Reaching a mod station will automatically refill the tetromino’s health points to maximum and at the same time, trigger a game save at that point. It is important to note, regarding the save system, that while it is possible to “Save and Exit” at any point in the game (except during cutscenes), the game always loads from the last visited mod station or control room (another auto-save point).

Mod stations have a third function, that is to serve as management centers for the tetromino’s available upgrade modules — optional modules that enable new abilities for an improved survival chance. What I like about this management system is how players are not forced into permanently locking onto upgrades that they have previously spent energy units (the currency for upgrading modules) on. At any mod station, one is free to downgrade something in order to free up energy units that can be reused to upgrade something else. 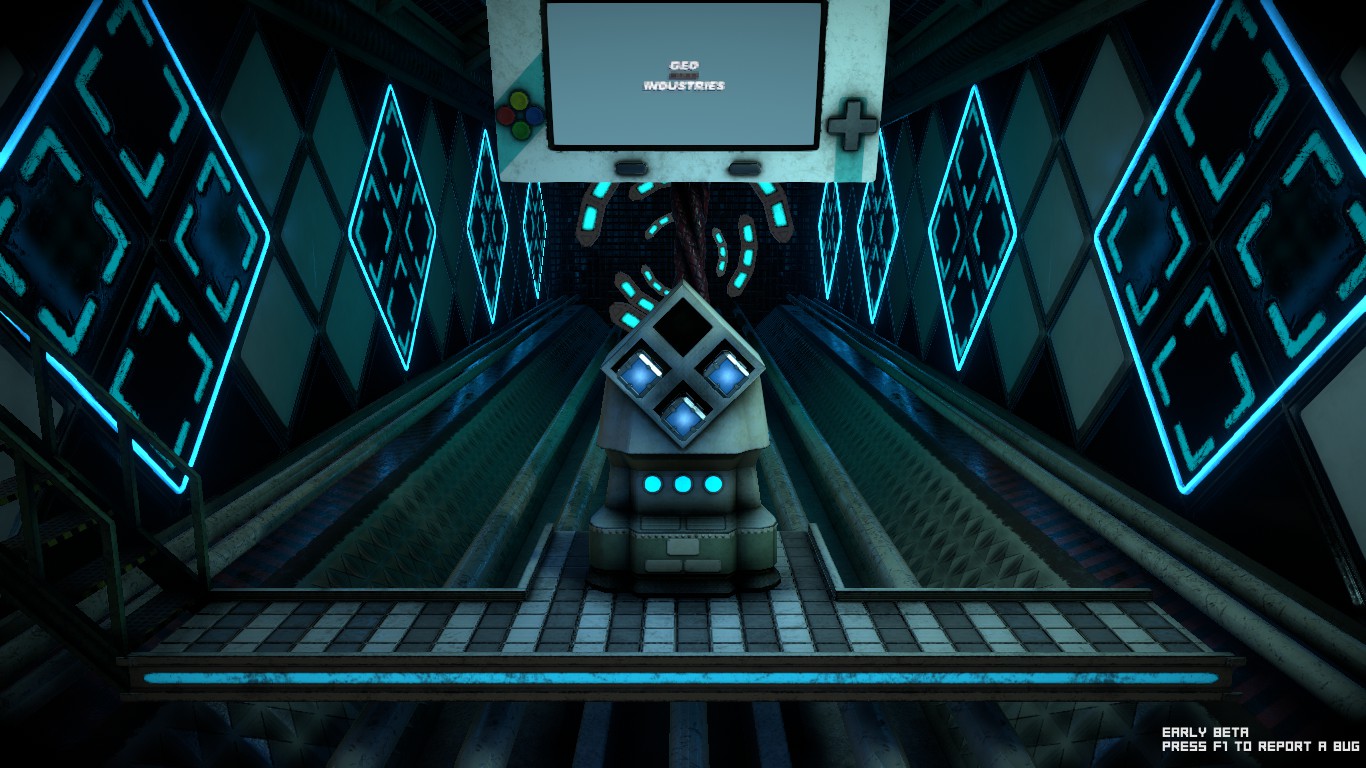 As much as cautious maneuvering is a big focus of the game, puzzles constitute the other major focus in Refactor. The puzzles come in two main forms: first, area maps with tetromino-shaped rooms that can be rearranged at a control room to open up new pathways as needed, and second, the individual rooms themselves. For the demo, only the first two area maps will be available but they are more than sufficient for players to have an idea of the surprising twists that the game’s puzzles have in store.

These area maps that require players to make use of logical thinking to map out their own routes would not work well if not for the brilliantly constructed rotatable rooms. Even though I seldom play platformers, I am sold on the amazingly well thought-out room designs that make it possible to cross the same room from different directions. I personally find some of the altered room configurations tougher to get through, which resulted in me almost rage quitting on several occasions, but I am nevertheless deeply impressed with this particular aspect in Refactor. With each new configuration, each movable room forces players to think and then rethink about their moves to take and is thus a fine puzzle in itself. 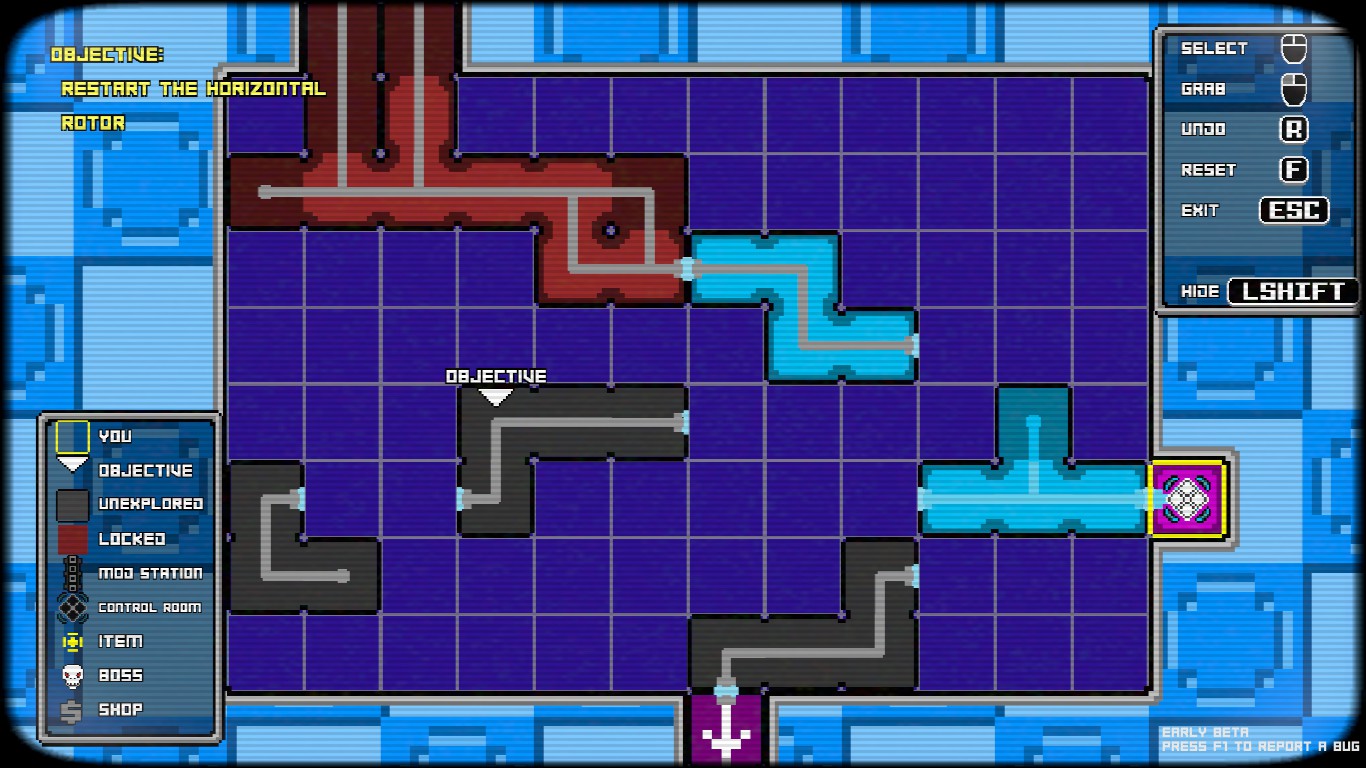 Interesting and nicely implemented gameplay concepts aside, the visuals and audio are handled with flair in the game as well. The background music has a sci-fi, cyberpunk vibe that aptly complements the design of the factory where futuristic control rooms, high-tech machines, and robotic enemies can be found. The general exploration tracks exude such a mysterious and desolate mood, they make quite the perfect accompaniment to the cautious journey our lone tetromino makes around the dimly-lit unfamiliar territories. Unsurprisingly, the boss fight music is distinctively different with a faster pace to match the expected thrill of the major fight. However, I am slightly disappointed with the boss theme as it is not as memorable as I would have liked.

While optional, sound effects (SFX) have an important role in Refactor because they serve as major audio cues (coupling with the visual effects already in place) throughout the game. By paying attention to the sounds from the surroundings, players can actually hear if there is a collectable item or an enemy nearby. There are also audio cues for signalling when a health point is sapped and when a double jump is executed. Out of the myriad of SFX used in the game, my favourite is the cute “whoop” as the tetrominoes hop along. 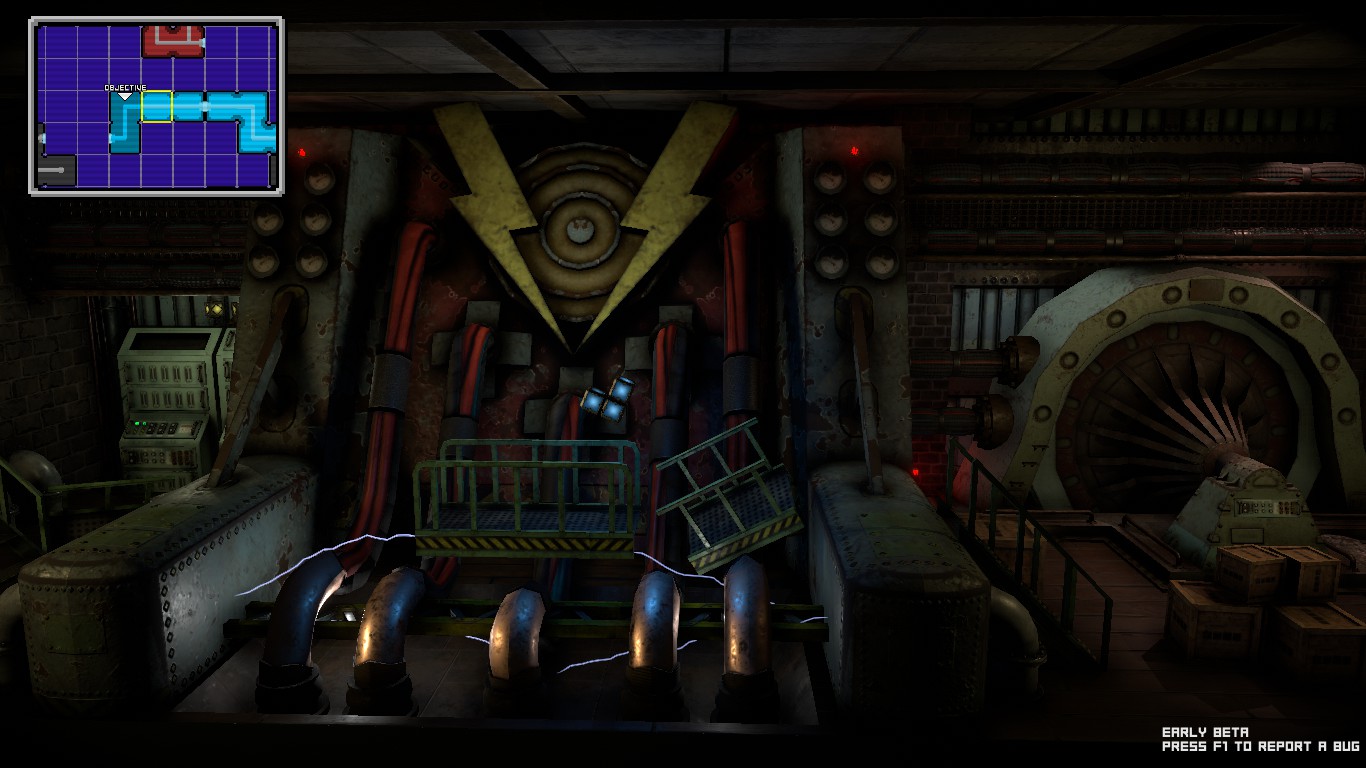 Although the factory’s interior design is good, the User Interface (UI) design for in-game screens such as the mod station’s screen would require more work. In the current state, they look bland; it would be great if these menus are stylised to fit the overall sci-fi feel better. I also find some rooms to be rather dark, though changing the video settings to maximum gamma helps a little.

Last but not least, the story, as narrated through short animation clips, has an interesting opening that makes me really curious about where it will lead us to in the end. The animation clips are short and unvoiced and yet, they tell a lot. Just two cutscenes in and I already vowed to protect the precious little protagonist tetromino (or at least, I tried to; the countless anguished deaths that the poor tetromino suffered during my playthroughs is definitely unintended).

All in all, platformer lovers are highly recommended to check out this one of a kind puzzle platformer that challenges one’s platforming and problem solving skills in more than one way. Refactor will be showcased in the upcoming Steam Game Festival: Summer Edition happening from 16 June (10 AM PDT) to 22 June (10 AM PDT). Mark the date, enjoy the demo during the festival, and remember to wishlist the game on Steam! Also, if you are on Discord, there is the NextGen Pants Discord server that you can join.

These little tetrominoes are awaiting you! 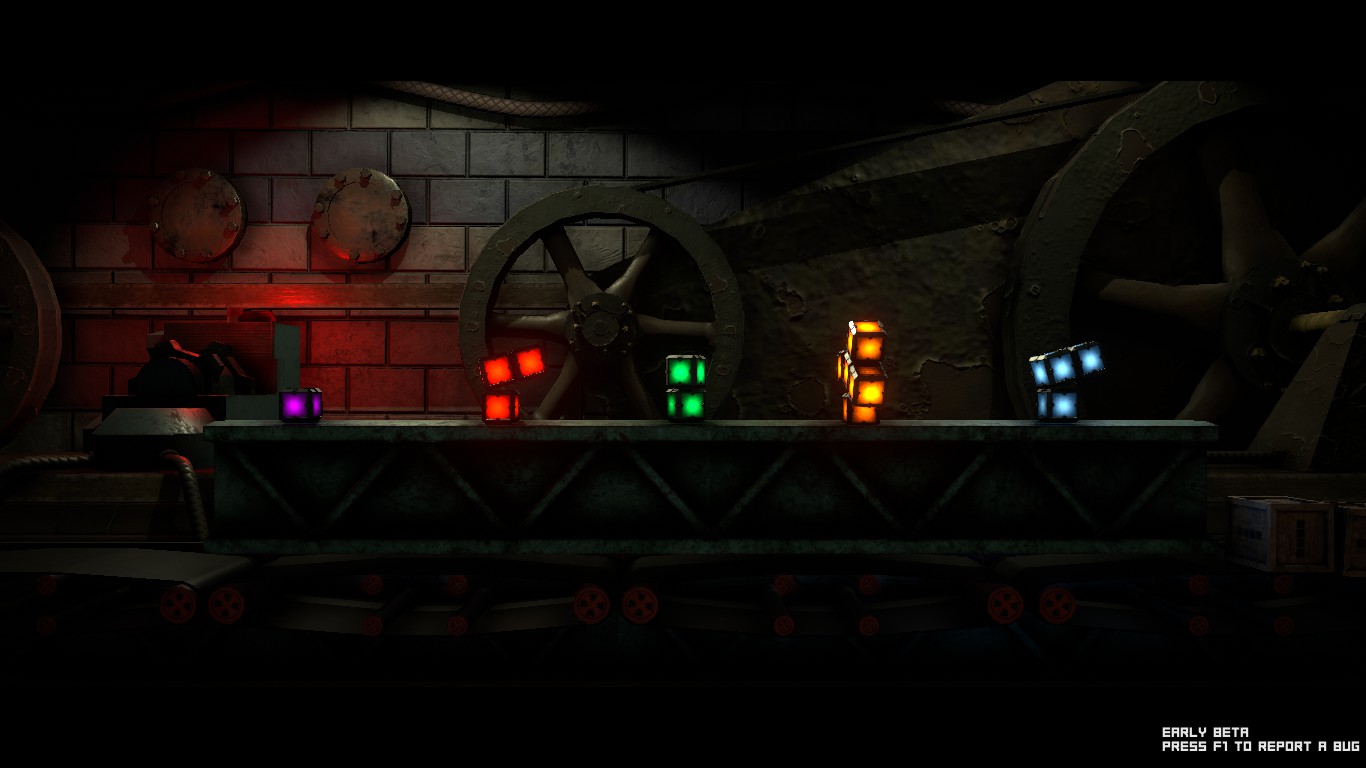