Title : Legend of the Keepers: Prologue

Steam Link : Legend of the Keepers

As a kid playing make believe many would have wanted to be the hero.

To be a dashing knight, off on a quest to save the damsel in distress or make a daring raid on an arch villains hideout. To restore prosperity and wealth to the neighbouring town and be that shining beacon of hope that their imaginary world needed so much.
But there was always that one kid who enjoyed playing the villain, sometimes a little too much...

Legend of the Keepers is that child some years later, albeit with more legs than I recall and they've been hired to keep adventurers and heroes out of a local dungeon.
Someones got to do it right?
Think Dungeon Keeper fused with Darkest Dungeon and you've got a pretty good overview on this one. 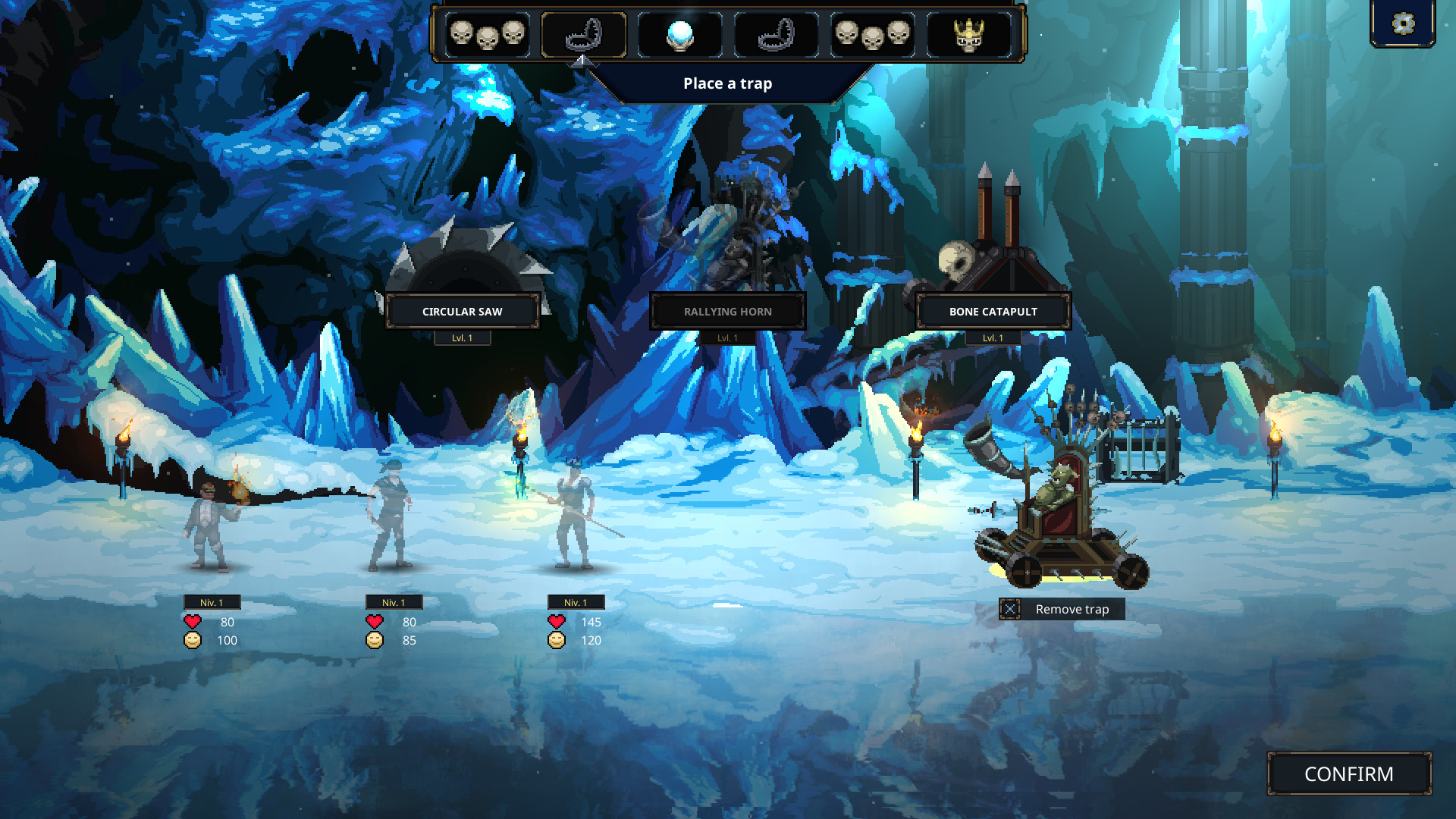 
One side you'll manage the dungeon - events will be randomly generated and your response is usually to spend a resource of some kind; money, blood or blue blood? As well as the option to just say no on many scenarios.


The second portion is its combat portion - you'll face various heroes each with different abilities and your goal is to decimate or scare them off.
Enemies have two life bars - health and morale, you can affect these in various ways; from spike traps, burning, spells, poison darts or just a good old fashioned axe to the face.
Each action from either party also affects a different position in the field, so party position is very important in the setup as is the type of monster you field, you don't really want your squishy succubus or skeleton in the front lines where they'll get one shot by a pesky rogue,
by the same token you don't want your ice giant sat in the back getting bombarded by fireballs which he is extremely weak to.

Monsters are levelled up in the management portion of the game, and as death is not really an issue to your minions you can develop a powerful anti hero team.

Should your minions fall within the encounter and your traps fail to stop the oncoming heroes you will take to the fray as your avatar.
In the prologue this is a centaur and you are ripped! You feel like a total bad ass stomping those worthless weak humans, although if you fail its game over... no second chances.


The game is quick to play and simple to pick up.
I smashed through a campaign in just shy of 2 hours and there is an element of replayability to the game as no encounter is exactly the same, there's even a neat talent point system which levels up your avatar before each game.
Although this is in no way reflective of the full game as this is a demo after all - a good glance but a demo all the same.
As a note it was a nice touch to see some Halloween skins over the spooky period; pumpkins, witches that sort of thing. 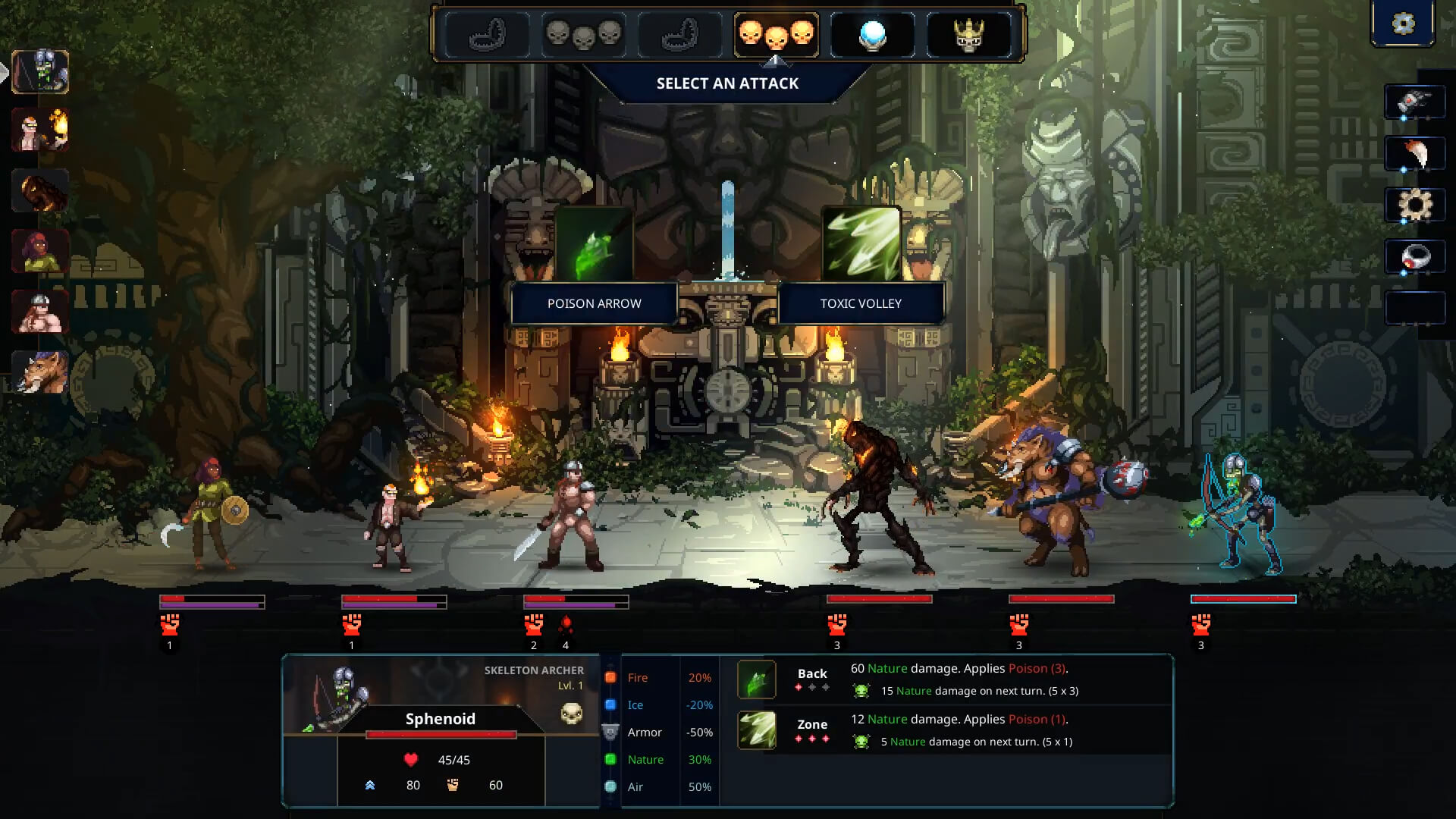 Overall I like it, but it needs something to keep the player coming back.

It's not as punishing as similar titles and lacks that challenge and progression which may well be implemented in the full game, I would be hopeful for such as I love a good challenge in this genre!
Other avatars are coming but I'd like to see them bring different things to the management side of the game as currently its very simple, there needs to be more consequence and things to actually manage rather than click through context menus that can have little baring if you're smart and learn how to skip each one.

If you like Darkest Dungeons and want something from the other side give it a look.
It's free and quite entertaining!
Now if you'll excuse me I'm off to sharpen my buzz saws.