Today we have a real treat for everyone! Game developer, Oogbaard, has agreed to have a little interview with Indie Drop and we are thrilled to share it with you. This is our first of many interviews to come. I'll keep this introduction nice and short so we can get into the beef of the interview! So, without further ado….

Hello, and thank you very much for joining me today! It means a great deal to us that you would take the time out of your busy schedule to have a brief chat. Could you tell us a little bit about yourself and Oogbaard?

Yes, sure! So about myself, I am Guido Boogaard, 28 years old, and I live in the Netherlands. I've been a game developer for about 10 years now. I make all kinds of things including educational and entertainment games. With Oogbaard, we are a small team, flexible between 3 and 7 people. Our latest and most ambitious project is called Timebenders—we want people to be able to truly manipulate time against each other!

I've seen a fair bit about Timebenders, and I know that it currently sits in Beta for people to get their hands on. Care to explain the development and inspiration for the game?

That is true, the game is in closed beta right now. The inspiration for the game comes from a lot of sides...actually not only games, but also movies and books. One goal that I had for a long time was to create a game in which 'overpowered' moves similar to movies could become true, and came with the inspiration from a few fantasy books, I finally got to the idea—if you can look in the future, you can anticipate perfectly and play perfectly. If you can rewind time, it kind of counts as looking into the future. So that is how the idea was born, and I decided to create a prototype on my own spare time. A year later when it was kind of 'fun' to play, we started to develop it with a team. Of course, for the gameplay there are a lot of references from Prince of Persia: Sands of Time, the old 2000 game NoX, Overwatch, Unreal Tournament, Absolver, and Battlerite. A lot of great games that do a lot of things right.

That's definitely a lot of inspiration from several different sources! I gotta know, what were some of your greatest challenges in balancing the game so one spell or ability isn't as overpowered compared to others? I know you want time-bending to be overpowered in some sort of way, but there also has to be some sort of balancing behind it, too.

True, and we are still not entirely there yet. Well for the first thing, balancing is a lot easier in a real-time game than in a turn based one. Human error is a good thing, it is why eSports are actually viable. So, bits and pieces of the game do not have to be 10000% perfect. Anyway, the main balance mechanics are size (speed, cooldown), damage and chrono (time-mana). Time spells are necessary to survive, and also super useful in combat. These time spells will use a resource known as "Chrono" and you will need to spend them wisely. If your opponent rewinds time, you know that you gained some ground because he/she lost some chrono.

We are still looking for the right balance of damage, to keep everything really powerful and dangerous, but not just no-brainers. All spells should feel overpowered, but it should not be necessary to have a go-to spell in your build. When we add new spells, we actually expect the balance of the game to flip quite a bit. Think of when we add a 'teleport-to-target' spell—just teleport instantly to where you are pointing. Close-ranged builds will thrive! But it does cost 1 of your valuable 5 slots. With these things in mind, it should keep the game interesting. And of course like any good game designer, we test and ask for feedback. Any underpowered spells are buffed and some overpowered spells are nerfed or removed completely. In fact, we had a levitate spell that is now removed. But anyway, it is true that we encourage the players to use many time spells. They are overpowered, but not with unlimited resource and also they don't really damage/kill the player.

This whole time-bending attribute is very ambitious and has me wondering how it fully works. How does that play out exactly? What I'm visualizing is that everyone has a "Tracer" (Overwatch) like ability with other powers thrown in. Will this power affect the entire field of players or only those within a players field of view and at a certain distance?

Hehehe, glad you asked. Nope, not only the tracer ability. So, we actually created a real time-bending system for the game. Everything is recorded and can thus be reset. We have multiple spells, including the tracer ability but also a global rewind. Yes, that means everyone is rewound and will be detained during the spell duration. There are global and local spells that can be cast on the player, objects, or opponents. After being rewound, you'll do the same, or maybe (hopefully) something new that is more efficient over the other player. This will have you anticipating the opponent more closely. There will be a few hard counters to being rewound in the future, but at the moment it is already perfectly playable if you just position yourself well enough.

While this might sound like a bit much, it is not that complicated when you play, you just experience what happens. So true, a few spells rewind the whole game state. We are also working on exciting new 'delay', 'repeat', and 'extrapolate' spells, but they are a bit glitchy yet. More details will be available on these spells in the future. 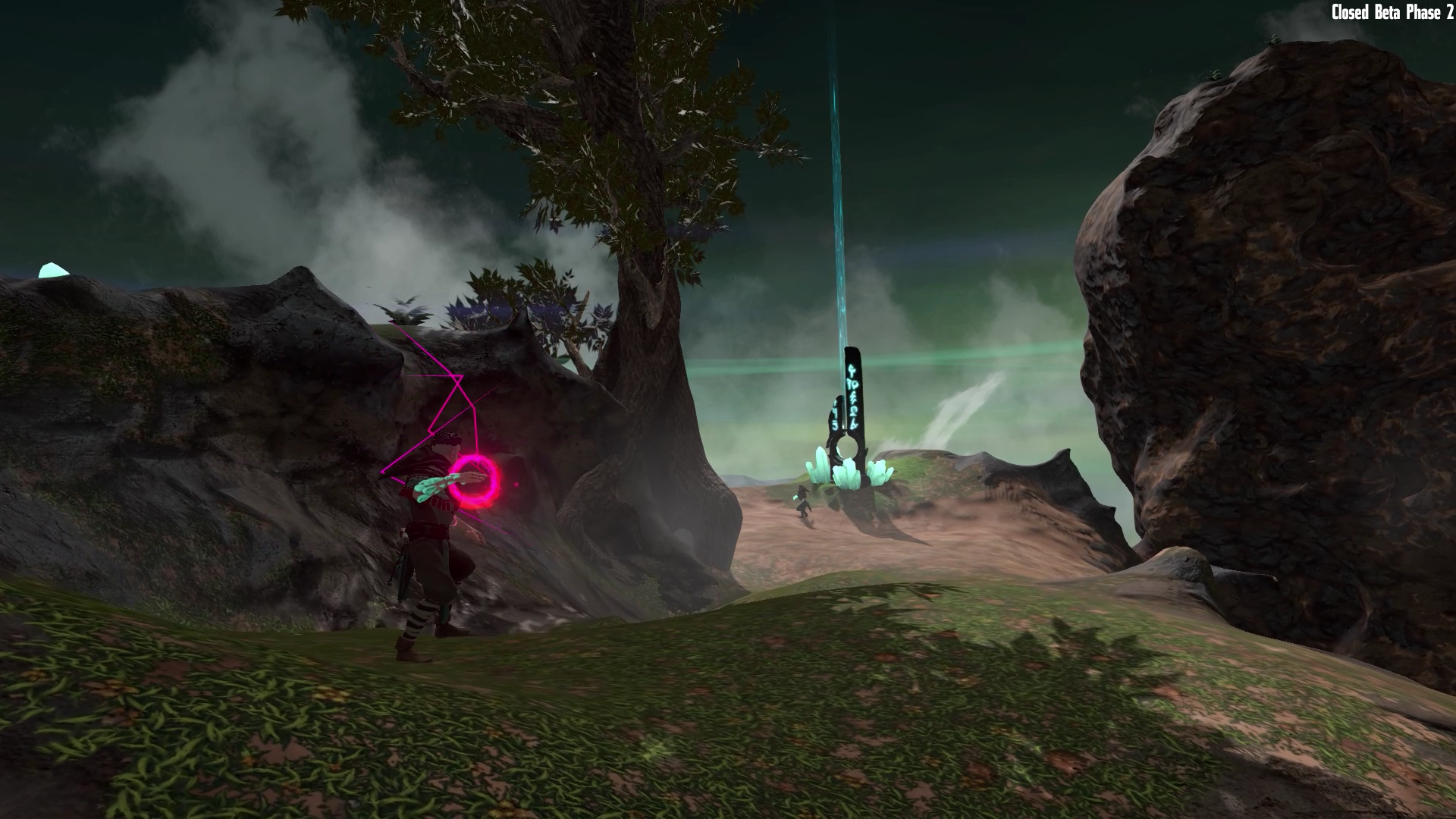 Wow, that seems like a lot to think about, but I'll take your word for it. Coding for that must have been very intricate (as if it already isn't). 10 years of experience definitely pays off!! Knowing Timebenders is a Battle Arena game, what was the decision in producing a multiplayer game over a story/campaign type game?

Mmm, I really try to make games that will peak the players curiosity. Games like Prince of Persia already exist—they are fun, but I wanted to create something new entirely where you can develop great new tactics and play against your friends. Not to mention, I'm a competitive gamer to heart. Therefore, I wanted to create a multiplayer game with overpowered action, made possible by time travel. Though, I am not saying that I will never create a story game, but for this game in particular, it's mostly the fact that it is really something new, action-packed, and should make you curious what it is and how it works.

And thanks, yes we are pretty fine coders.

Well, if you ever make that story game, you know I'll be checking that out! Here's a fun one. If you could cast any spell from Timebenders, in real life, what would that be and why?

But again, thanks, great to hear that you like it.

Haha, I think anyone would pick that to be honest!! Okay, big question that I'm sure you've heard plenty about. Will Timebenders be a free-to-play, subscription based, or one price fits all game?

So, it depends on the marketing, and an eventual publisher. We might go free to play yes, because then we can attract much more people. But if we go premium, it will be around €20-25. Free-to-play will also need much more content, and for that we would need a larger budget. 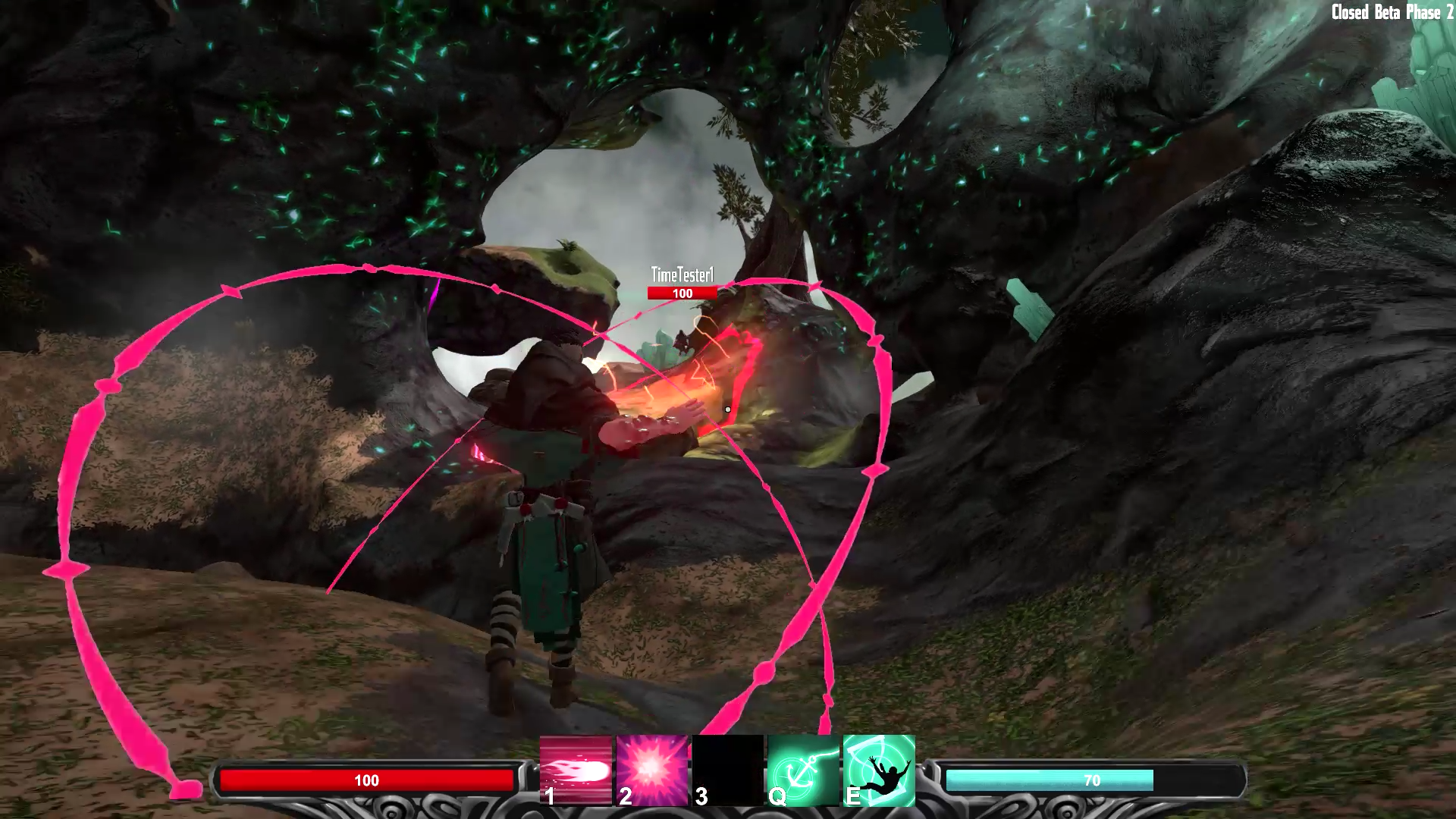 That makes a lot of sense, and I know there are benefits to doing both. F2P would allow players to get in on the action right off the bat, but means less money in your pocket, and like you say, it'll need more content. Paying up front would be immediate funds to you that get put towards future updates and DLC for the game, which brings me to my next question. Subsequent to release, what are a few things players can expect to see regarding updates, DLC, or the likes?

Yup! Updates will most likely be free to all players. These updates would include new spells and items that can be unlocked with free or paid currency. So, it should play out like any F2P game we've seen before. The biggest thing is that everyone needs to be able to access all content since this is going to be a competitive game.

Regardless of what it becomes, I know there is some sort of audience for the type of game you're creating. Wow! I learned quite a bit about Timebenders today and it has me excited to see more of the developments down the road! One final question to send you off, so let's make it a fun one. What is one of your fondest memories playing video games growing up?

Mmm, for playing video games, there are so many nice memories. When we were young, we played games together (in rounds) behind one computer. We fully experienced a few RPGs, like Nox and Morrowind, together. That is probably my fondest memory, although we also had a LOT of fun playing games together on Playstation. Mainly multiplayer games, but also single players like Shadow of the colossus.

Again, thanks for sharing a bit about Timebenders and also a bit about yourself. Good luck to you and the team as I know that you have little time before the initial release date comes around!

Oi, thanks for the questions!

Thank you for reading, and if you'd like to know more about Timebenders, and join the closed beta, you can check out the website here. Wanna stay up to date? Follow them on Twitter. Playing the beta and found a bug, or have any questions you'd like to ask the dev? Join their Discord!