To me, there is really no bad video game consoles. For over 3 decades, I’ve been treated with nothing but love, joy, and care as my parents were able to give me great consoles from the Nintendo Entertainment System to the Xbox 360. I even have friends who not only would get the same consoles as I have, but rival one as well, meaning I get the best of both worlds whenever I go over to their homes and play Street Fighter or Smash Brothers or Halo and such. Despite this, there are times in which I was interested in getting a new consoles that was strongly advertise or looked hot. And boy, were my parents smart not getting me any of these. They are either terrible on software, bad controllers, or down right too expensive. Let’s just say, that these devices really didn’t need to exist. This is the top 10 worst consoles of all time.

Starting off the list, everyone meet the Phantom. A console that would be connected to the internet and allow gamers to download the games instead of owning a physical copy and play them. It’s a great idea at that time, since games in the early 2000’s were still store purchased, and online gaming was new to everyone. In fact, there has been a high demand for online gaming with games such as Halo and World of Warcraft being very popular at the time, and Steam was just a couple of years away from debuting. The problem was, the console was never released to the public. After 4 years of advertising, conventions appearance, t-shirts printing, and news about the console, the Phantom seem to vanish. There were no words as to why the Phantom never debut but by some suggestions, it could have due to financial problems to release the console. Just like the name stated. We may never know what could have become of this odd device that never came to be. 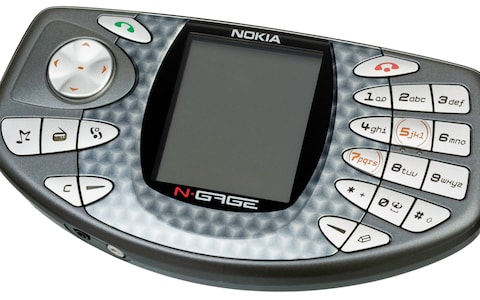 The Ngage was an attempt of combining a handle held console and a cellphone into one portable device. It’s a fantastic idea, and was well ahead of it’s time before smartphones since it means we can play major titles on our phones rather than carrying two devices separately. Great on paper, poor execution. The NGage, first off, doesn’t look good. If you ever look up images on google to find out how people look while talking on an NGage you would find hilarious photos of their reactions. Second, the games didn’t look good at all, despite popular titles such as Tomb Raider and Tony Hawk Pro Skater. It’s too small and the graphics are a little too blurry for the eye to contain. Lastly, you need to remove the casing on the back and the battery in order to change games. Why do we have to do all the work just to change a single game? Nokia stated that their sales were outstanding and that the NGage was a huge success, but there was no proof that it did, since only ⅛ of the sales from the NGage was actually reported. In short, the NGage was downright disappointing, something that could have been a marvelous invention, turned into a laughing stock of all portable games. 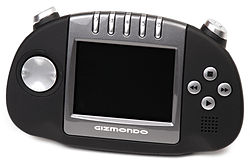 Yet another handheld console, this one is more of a crime on humanity than it being the next best hit device. The Gizmondo had two different consoles devices for consumers, one for $229 and another for $400. The catch? If you go for the cheaper route, which make sense for a handheld device, you are a force to watch advertisements as you continue playing, making $400 device ad free. What?! What’s even more painful is that there are no hit games for the Gizmondo and the US version had 8 of the 14 games ported to their consoles. Seems someone had to make a deal with a kingpin in order to get this console develop...oh wait... that’s right. The only way this console was ever made was because the director of the Gizmondo was a part of the Swedish Mafia so one can assume they used criminal money to fund this device. Either way the Gizmondo was trash. Trash indeed.

Apple is no doubt one of the most outstanding electronic and computing devices in the world. It gave us the Macbook, Adobe softwares to create artworks and videos, and of course their greatest invention, the iPhone. But there was a time when Apple decided to go on the video game market, hopefully this was not Steve Jobs’ decision as the Pippin was downright disastrous. For starters, the Pippin was set at a $600 price tag. $600!!! Were they insane in the mid 90’s?! This was a video game console for Pete's Sake, not a computer. Second, their games were not good at all. It isn’t bad that they continue their trend of educational games or wanted to venture elsewhere with their games, but it felt lacking in graphics and gameplay. They even used the Pippin in order to connect to the internet, something that the executive felt was not going to be a big in the first place. Overall, the Pippin should have been locked away along with some of Apple’s failures, never to be exposed to the world once more.

If you are going to be a commercial advertiser and tell me how much graphics your system have, then you better back up your claim or otherwise be sent to Rikers Island for false advertising. The Atari Jaguar stated their console would have 64 bit graphics enhance gameplay, and becoming better than the other consoles on the market, i.e the SNES and Sega Genesis. That would be proven false as the games did not nearly break the 64 bit look, nor did it seem to hit the 32 graphic look. We can’t help but remember that the Atari Jaguar had three things going, 1 positive and 2 negative. It did have the best Alien vs Predator game to come out of the video game market despite how difficult the controller is. Speaking of controller, the Jaguar had too many buttons, and is too big to handle for certain games. And SPEAKING of games, the Jaguar have terrible games that are still remembered today such as Kasumi Ninja and their ported version of Doom. This pretty much put the final nail in Atari’s coffin for making home consoles and soon after Atari focus more on making video games instead.

If you think $600 was too much for a console, how about we ante up and go for $700!!!? Who in their right mind would think that a console is worth $700!? The 3DO of course. It did brought in fine games such as Gex and Star Control II, and great third party games such as Road Rash and Alone in the Dark. But that could not save the disaster the 3DO set themselves up when coming up with the price for this console, especially when you look at the other console that were competing against, which is once again the SNES and Sega Genesis, both kicking the 3DO’s ass easily. The 3DO did reduce the price to $399 by the fall of 1994, but the damage was done and unfortunately only had a few sales from hitting the target before closing down. 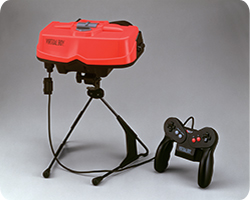 Nintendo sometimes have their flops in the gaming market. But nothing was as bad as their mid console release, the Virtual Boy. Release after the Super Nintendo and prior to the Nintendo 64, the Virtual Boy was suppose to be Nintendo’s take at 3D graphics. Problem was the outline was black and red. They figure that by going cheap, they save a lot of money on production cost and make it accessible for gamers to own rather than going for a color screen. Plus the console is really made for one person viewing through a google lens, meaning that others around you cannot see what’s going on by rather have to take it by the word of the mouth and expression. There were no good games at that time other than a Wario license game and maybe Mario Tennis. And did you know the saying that games are harmful to humanity? Well they are exactly right with this console, as playing an extensive amount of time with this console would cause damage to your eyes and even injure you. I would like to defend the creator of the Virtual Boy as he has created some of Nintendo’s best games, but man is it hard to prove how good he is with a slip up like this one. 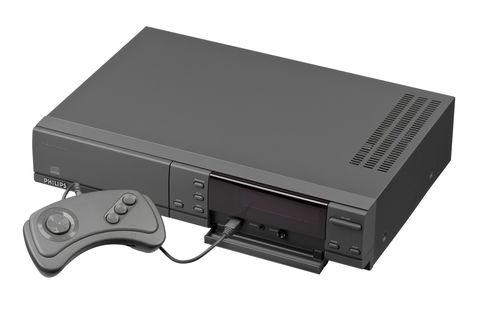 Nintendo did it again. This time in what was one of the biggest blunders in their careers. Nintendo would strike a deal with Samsung while negotiating with Sony in creating a new video game console. This not only initially broke relationship between two of the most powerful company in electronics but also brought in a console that showed Nintendo obtuse ego.  The CDi was a terrible console with one of the worst controllers to come out of the market. Controller ports were bad as well since the ports are located in the rear end of the console, talking about sticking it where the sun doesn't shine. As far as games go, the CDi had terrible third party games, 3 of which come out of the Nintendo came with 2 bad Zelda games, and Mario game as well. All three had terrible animated cutscenes, all had terrible dialogue, all had terrible gameplay. Nintendo and Samsung would flounder prior to the N64, while Sony would create a hit in the mid 90’s with the Sony Playstation. The rest is history. 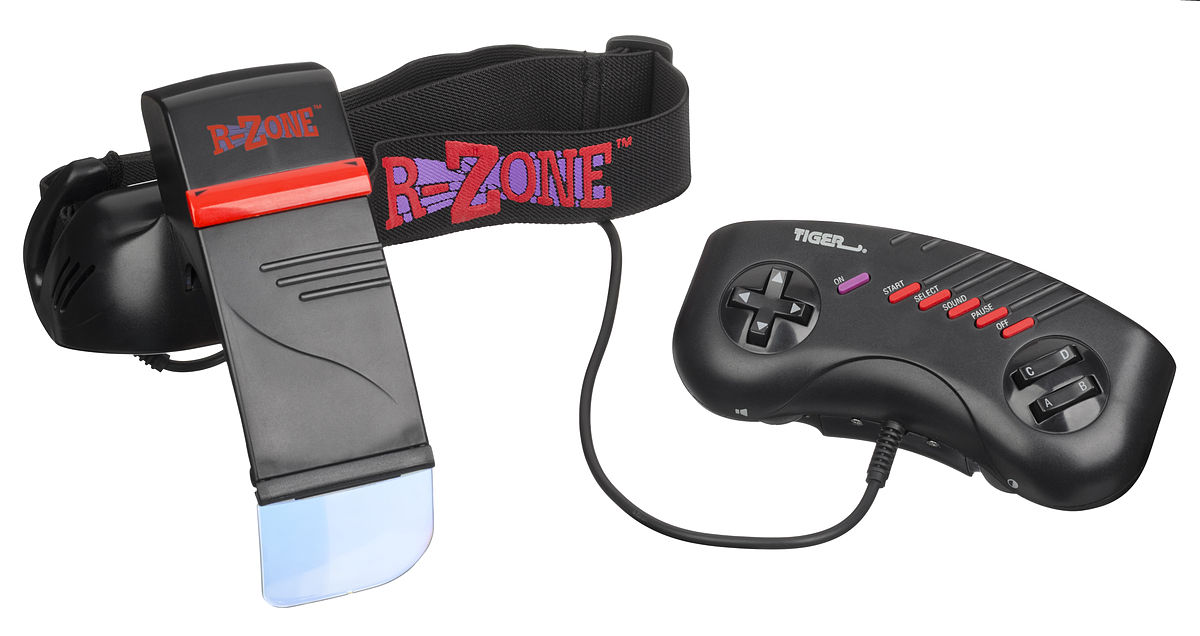 Think of the virtual boy, only less hazardous, but more annoying. Tiger electronics are mixed in a way that the games are bad, but they hold childhood memorable on their portable games. Don’t lie to yourself when you bother your mom and dad to have one of these devices since it’s cheaper to them and entertaining for you. Especially if you cannot get the Gameboy or Game Gear. Well Tiger decided to create their own Handheld device call the R-Zone. You attach the game inside a port on the headset and attach it on your head. As far as games goes, they mostly consist of popular fighting games such as Virtual Fighters and Mortal Kombat. But you can hardly tell because of how bad the game looks and you needed to use one eye to look at the screen, if any is provided. What made Tiger think they can create a handheld device with only a single eye lens? It doesn’t help that they are against the Nintendo Gameboy and the Sega Game Gear. Which had superior power and more games than Tiger R-Zone. Tiger should have stick to working on cheap, portable electronic games rather than a handheld device themselves. 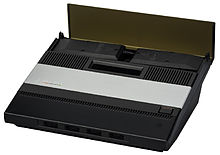 If the Atari Jaguar was the final nail in Atari video game console making, then the Atari 5200 was the start. Prior to the disaster video game crash in 1983, Atari created the 5200 in a way to stop the bleeding E.T. created from the Atari 2600. This, however, increased the bleeding as the console didn’t look well in colors, the gameplay is still the same as the Atari 2600, and the controller was the worst controller ever made. It broke too often and left gamers stranded with no controller to use for their games. It took a complete year for the crash to occur and video games would soon become a negative word in the western world. Atari would soon faze out of the video game consoles as it paved the way for Nintendo and Sega to step forth and take over the industry.